In this BEL project funded by DARPA and the National Geospatial-Intelligence Agency (NGA), single-trial measures of dEEG are used to track the expert imagery analyst's visual recognition of military targets in satellite images. 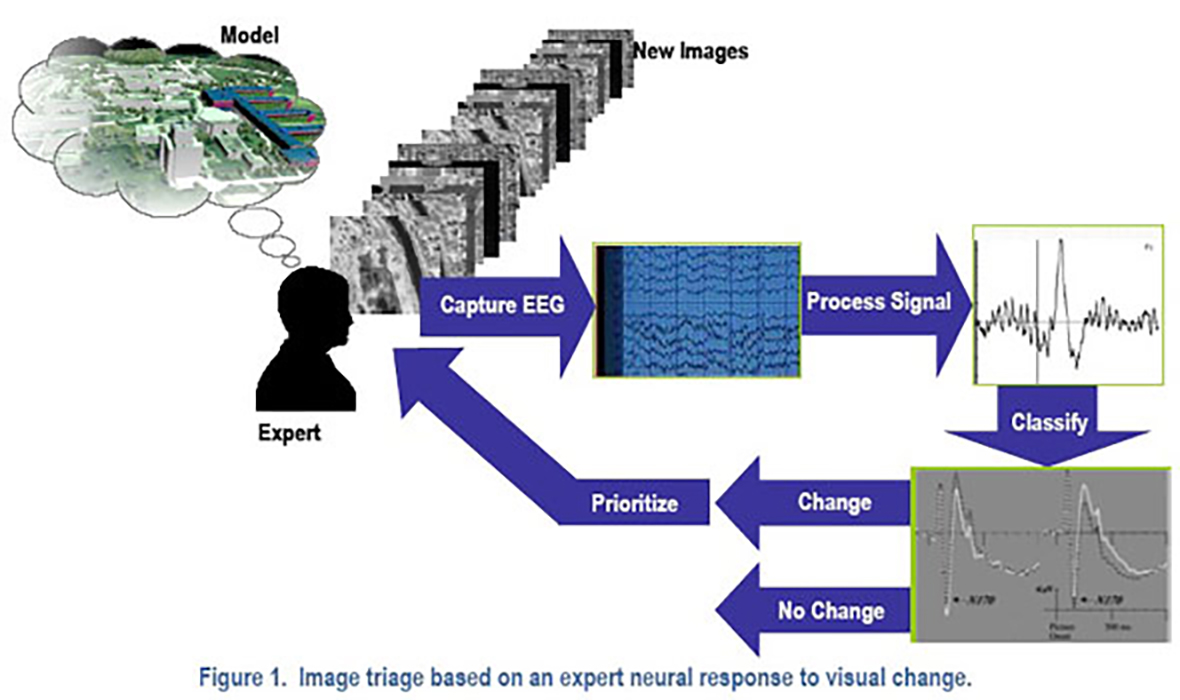 The results showed that dEEG measures were able to reveal the expert's visual response, even when satellite images were presented at rates (10/sec) that were too fast for the analyst to report targets consciously. This finding of brain target recognition was dependent on the ability to characterize the brain's response with millisecond time accuracy and localization of activity to specific brain regions, as shown in the several representations of the dEEG in this image.

An fMRI study of the unique neural responses to detecting targets (left image) showed that detection of military targets engaged not only visual areas (ventral temporal) but memory areas (posterior cingulate).  The corresponding dEEG source results (right image) are shown from activity at about 300 ms.  In general, the dEEG results showed similar activity in certain regions (including ventral temporal and posterior cingulate), but also showed greater activity in temporal areas than was seen by fMRI.

Whereas comparison with fMRI studies is essential to validate dEEG source results, hemodynamics and electrophysiology provide different views on brain activity, and and this difference remains poorly understood.